Author of Inspiration and Incarnation: Evangelicals and the Problem of the Old Testament 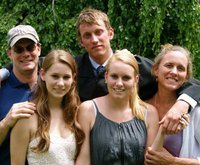 I have one and only one sports passion, the NY Yankees (one is enough), although I usually find myself firmly in the grips of March Madness. I have been drawn into the worlds depicted by novelist Stephen Lawhead. I am also a Simpsons and The Office fan.

I have a personal web site at peterennsonline.com, where you can find other things I’ve written, along with ongoing discussions of topics outside of the purview of Inspiration and Incarnation. You can also find out more information about me, the book, and the controversy over it at Westminster Theological Seminary, at the Wikipedia entry for Peter Enns.