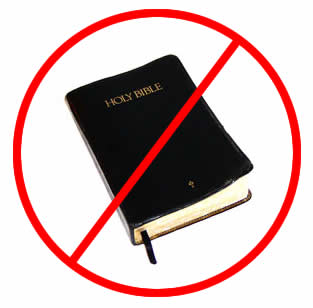 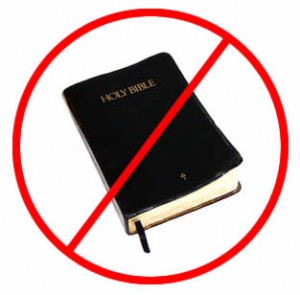 I have also addressed this issue in a different context elsewhere on this website, but I would like to flesh this out a bit here.

Defining “inerrancy” is certainly a topic of discussion among Evangelicals, and opinions are voiced from one extreme of maintaining older paradigms at all costs to jettisoning the term all together as hopelessly over-qualified in contemporary discussion.

I am among those who feel that the term inerrancy has become for Evangelicals severely overqualified because of the recognition of the tensions between older formulations of the term and the developments in our understanding of the Bible and its world. The Evangelical understanding has diversified and developed—sometimes begrudgingly, perhaps—over the last several generations, which is a fact that is both desirable and unavoidable.

What I&I denies is a doctrine of inerrancy that is beholden wholly to older formulations for their own sake, but that strains our understanding of or is in unnecessary tension with Scripture’s own content and behavior. But what keeps me using the term is my faith commitment to the role that the Spirit played in the production of Scripture and continues to play in the church’s appropriation of Scripture. The Spirit’s role is exceedingly difficult to map out, if not impossible. Hence it is an article of faith, not a matter of simple intellectual assent.

But what is exceedingly important for me is the recognition that a faith-commitment to God as non-erring does not in and of itself lead naturally and quickly to unassailable explanations of the character of Scripture that this non-erring God produced through human agency.

So, yes, I&I “denies” an inerrancy that says, for example, historical background information should play a marginal role, if any role, in coming to grips with what Scripture is; or that says that theological tension and diversity are unbecoming a text authored by God; or that the NT authors would never have used the OT in such oddly Jewish ways, since God is the author.

It is commonly understood that inerrancy has become somewhat of a wax nose. But none has contributed to this dilemma more than those who insist that the non-erring God must “not-err” in a manner that is comfortable and familiar with particular cultural conventions (I.e., western, logical, philosophical, etc., etc.). I could go on here, but it is enough for me to say that a discussion over inerrancy is needed. What needs to be affirmed, in my opinion, is God’s ultimate role in the process of the development of Scripture (from beginning to end), and his intention that this book be the church’s constant companion. Such an affirmation, however, should resist the temptation to declare what such a book “ought” to look like in light of that declaration, particularly in isolation from developments in various areas of human thought, not the least of which concerns research in matters pertaining to the Bible and its setting.

I realize that in putting the matter this way I am calling into question the supposed “logical” inferences that have been made between God’s character and the character of the Bible, i.e., if God is truth, than the Bible must be true. In a more subtle way, however, I am actually supporting this connection. What I am contending against is a definition of “truth” that has trouble conforming to the actual behavior of Scripture, preferring to impose “higher principles” that one supposedly has access to apart from Scripture. As I see it, this is the classic battle, engaged over the last several generations, between some brands of Systematic Theology/Dogmatics and Biblical Studies. The former will insist that Scripture’s behavior (the phenomena of Scripture, e.g., the NT’s use of the OT) must be interpreted in light of supposed foundational affirmations, such as 2 Tim 3:16. Biblical scholars respond that these “foundational affirmations” are actually other phenomena that need to be interpreted in context rather than to be elevated to a higher status, free from hermeneutical engagement.

Now, I mention here the issue of the NT’s use of the OT, but we are not moving off topic. A meaningful discussion of inerrancy will always need to bring biblical phenomena into the equation sooner or later (sooner rather than later) in order to see how well one’s definition of inerrancy works within the Bible’s own patterns of behavior. And this is why the NT/OT issue is so fascinating to me theologically/hermeneutically/doctrinally, and why it can get people’s knickers into a twist. The NT/OT issue is just one category of biblical phenomena that needs to be brought into any dogmatic discussion about the doctrine of Scripture, not by adjudicating models of understanding the phenomena according to supposed non-negotiable pre-commitments, but by allowing our fallible pre-commitments to be affected by our study of Scripture. And this process, which I would think of as an inter-disciplinary dialogue, is not to determine whether Scripture is God’s doing, but to discern what God did, and more importantly to accept by faith and all humility that what God did should be (1) good enough for us, and (2) a privilege and obligation to investigate with fresh eyes.

In summary, we might say that the general idea of an inerrant Bible as a function of divine superintendence is not something I am calling into question in I&I, but the manner in which that notion is articulated in our day is. And, as many are aware, this is not an issue lurking in the hallways of liberal institutions. Rather, it has tremendous implications for how non-academics, indeed, those outside of the church, will hear the message. Entangling the gospel in categories of thought that neither work biblically nor culturally is a recipe for parochialism.

Let me repeat, because it is an often-stated objection to my thinking, and is regularly misunderstood. I am not calling into question an Evangelical doctrine of Scripture on the, let’s call it, primary level, i.e. the faith-affirmation that it is ultimately a divine product. What I am most certainly calling into question is any supposed necessary connection between this primary level affirmation and explaining how Scripture works when those connections are less centered on Scripture and more taking their cue from contemporary conventions of thought. And, as I have experienced it, such “necessary connections” are often posed in isolation from a responsible interaction with the biblical phenomena themselves, and so carry little weight in the context of modern thought.

And this brings us to what is the underlying issue that in my view cannot be ignored when hammering out a meaningful, missional, persuasive doctrine of Scripture and of inerrancy: what we have come to understand about the ancient contexts in which Scripture was written.

It is a universally agreed upon statement among Evangelicals that any doctrine of Scripture that seeks to be biblically faithful is one that will derive such a doctrine from the Bible itself. The problem, however, as I see it, is that “exegesis” is not understood the same way by dogmaticians and biblical scholars. As I have observed, for dogmaticians, it is enough to engage in an “inner-biblical” exegesis (much like 1st century Jewish midrashists), taking as their cue that Scripture is its own best interpreter (because it is authored by God), and to go “outside of Scripture” is to give equal “authority” to non-canonical texts.

Apart from the fact that the zealous traditionalism of some of my critics faces the very same dilemma of appealing to extra-biblical phenomena (e.g., statements of faith, western philosophical categories), this is still a valid topic of conversation. What “weight” do we as Evangelicals give to something “outside” of the Bible for understanding not only what the Bible says here and there, but what the Bible as a divine/human document is? Is, as some have said, inerrancy solely an inner-biblical matter (and so in the domain of dogmaticians), or should the responsibility for such decisions be more a collective venture?

To put it another way, the question really is “what exactly is ‘exegesis?’” I have seen this issue played out time and time again indirectly, but rarely is this basic question entertained intentionally as a topic of discussion. Let me explain.

I have observed that for some, exegesis is, as I said above, a purely inner-biblical exercise: “Paul means X here in Galatians because he uses the preposition epi, which he uses in Ephesians where it also means X”; “The ‘moveable well’ in 1 Cor 10:4 can be ‘best’ explained by looking at OT hints rather than extra-biblical traditions.” “When Paul in Galatians 3 says the seed promise it can only mean one person because the word is a grammatical singular, there must be a defense of this move that remains strictly within the canon rather than appealing to Second Temple categories of hermeneutics.” Examples abound.

My view, however, is that exegesis is a contextual and historical exercise, which is ironically the foundation for grammatical-historical exegesis, a principle some of my critics are supposedly committed to. At any rate, exegesis is by definition a “Scripture plus” activity, and so any understanding of the nature of Scripture that claims to be exegetically based must, in my opinion, be rooted in a contextual understanding of Scripture. Anyone who owns an NIV Study Bible should not be too bothered by this.

But here is the real payoff, and the heart of the disagreement. If exegesis is the “lifeblood” of theology and doctrine (which I believe it is), our exegetical work cannot be divorced from taking the next step of articulating, in view of our exegesis, in what way the Bible is God’s word, inerrant, etc. I certainly understand that it is a bit simpler to engage this issue with, say, a “minimalist” understanding of exegesis, one that is not grammatical-historical but inner-biblical and midrashic, but there is the point of tension, nevertheless. I also think this explains some of the very visceral reactions to my book, that it is going “beyond” Scripture to try to understand Scripture.

To suggest that the approach taken to Scripture in I&I “compromises inerrancy” because of the attention given to a historical look at the phenomena, is an argument that will do little more than offer a false sense of security and control for some, while posing an odd intellectual curiosity to others.