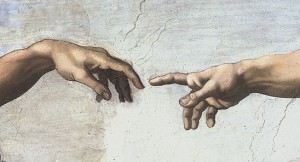 Over the past few months I have given some thought about how to continue the dialogue over the issues articulated in I&I (Inspiration and Incarnation: Evangelicals and the Problem of the Old Testament

, Baker 2005). During that time there have been a few responses circulating the cyber-world, print publications, not to mention numerous extended conversations on various blogs.

I thought it might be both efficient and somewhat less tedious to summarize what I see as being the main themes of criticism I have read, rather than responding at length to each critique. This is fair, I think, since the same general thoughts tend to surface. Also, the longer responses I have written (Beale, Helm, Pratt) deal with many of the main issues.

My main purpose here is to enjoin some criticisms in an effort to support those who have been helped by my writings and who might be wondering genuinely how I respond to some points that are being made. Conversely, I have no interest in defending myself. This is not about me but ideas—ideas that would exist without me and I&I—and this is where the focus should be.

The depth and content of criticisms have varied. Some critics are knowledgeable about matters of biblical scholarship, but see things differently. I respect that fully, even though I disagree with their views. Others come at the issues from the understandably limited perspectives of their own disciplines, and I am eager to hear these perspectives. Without engaging the specific issues that biblical scholarship raises, however, they can only be partial criticisms, even if these critics remain firm in their disagreements. I respect that as well, even though at times it seems we are speaking past each other.

Some critics, however, either in written form or safe in the relative seclusion the internet provides (and the behavior such seclusion encourages), are either misinformed or uninformed about developments in biblical scholarship over the last several generations, but speak with a disturbing air of self-confidence and an astonishing capacity to block or selectively engage (or even twist) counterarguments. That some of these critics are professional academics or pastors is lamentable from my point of view, and I am disappointed that so much heat is being generated with the nearly complete absence of light.

My observation over the last three years or so is that such interactions are well outside of the realm of informed academic exchange. In such cases, I have no problem hitting the “quit Safari” tab on my MacBook (or quit IE on your PC for the unenlightened among you) and going to sleep without missing a beat, and I am suggesting that others do likewise.

In the posts to follow, I have summarized the criticisms under several headings, which I hope are not unnecessarily repetitive, although I have found that some overlap is unavoidable. My responses are not exhaustive; each category would take an essay. I feel, though, that I make my position clear enough.