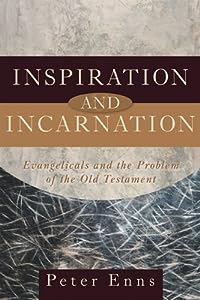 Reviews
“Peter Enns is worthy of admiration for wading into deep theological water to wrestle with challenges left unanswered by evangelicals. . . . This book is helpful in a number of ways. First, Enns is expressly writing a text that addresses the average Christian. He provides a clear overview of the field that surrounds the basic questions, he presents references to and examples of many archaeological discoveries that people may have heard of but never seen, and he breaks down the issues into numbered outlines. Second, Enns has been careful to restrict his field of inquiry so examples can be provided that allow the reader to consider his perspectives in light of actual texts. Third, parenthetical comments and restatement of important points facilitate a lay reader’s ability to grasp and retain the discussion. Fourth, the text includes a glossary and references for further reading that will be invaluable, since the arguments in the text invite an ongoing study. . . . The combination of data provided, issues considered, and subsequent questions raised make this monograph a tool of great potential for facilitating important discussions about inspiration and Scripture within the church and within the classroom.”–Michael Eschelbach, Journal of the Evangelical Theological Society“Provid[es] a robust understanding of biblical authority that accounts for the nature of the phenomena of Scripture as most evangelical and Reformed biblical scholars see it today. Thus, Enns’s Inspiration and Incarnation is to be applauded for its contribution to the formulation of a healthy doctrine of the Bible. . . . This book is a must read for any scholar, particularly evangelical and/or Reformed, who is concerned with biblical interpretation and its relationship with theology. I suspect and hope it will generate debate and passionate discussion.”–Tremper Longman, Modern Reformation

“When an evangelical scholar like Enns–teaching in an evangelical seminary, a faithful member of his local church–writes, ‘There do not seem to be any clear rules or guidelines to prevent us from taking [the process of interpreting Scripture] too far,’ we must recognize this as an honest and truthful statement of the difficulties rather than an open door to chaos. It means, in the end, that we must take incarnation seriously. . . . Enns encourages us to recognize the Old Testament for what it is: the anteroom of the Incarnation, the practice ground where we are brought nose-to-nose with the true difficulty of believing that God ever came to earth.”–Susan Wise Bauer, Books and Culture

“Peter Enns writes from [a] robustly evangelical perspective. . . . This [is an] excellent and thought-provoking book. Dr. Enns has included some useful annotated bibliographies to encourage further study. . . . Please do read this book for yourself. It’s a must for pastors and preachers and profitable reading for any who want to be serious about biblical study and understanding. . . . It is my hope and prayer that this book will promote the charitable and profitable debate it richly deserves.”–Peter Misselbrook, Evangelicals Now

“Enns’s insistence on accounting for the actual phenomena of the biblical text is laudable, and this volume clearly shows that whatever ‘inspiration’ means, it means neither that the Bible must be utterly unique nor that it must speak with one voice on all topics. . . . Inspiration and Incarnation rewards a careful, critical reading and constitutes a very helpful step toward a thoroughly biblical doctrine of inspiration.”–R. Christopher Heard, Restoration Quarterly

“Attempting to affirm the evangelical view of biblical inspiration while regarding the cross-cultural congruency of the OT and Ancient Near East literature, as well as the theological diversity of the OT text, is admirable. Consequently, Enns proposes an incarnational model of inspiration as a way of approaching the divine and human nature of Christian scripture. This sort of intellectual honesty among evangelicals is overdue. . . . This book begins a quest for a more balanced view of inspiration long overdue in evangelical circles.”–Randall J. Pannell, Religious Studies Review

“Enns’s book will be most useful in the context out of and for which it was written, where critical biblical studies stands in tension with conservative-minded students. Beyond the confines of conservative Christianity, his work is helpful for the way it urges conversation about the implications of biblical studies for doctrinal issues, not least for theologies of Scripture. Perhaps even more global in importance is his suggestion that ‘we should think of biblical interpretation more as a path to walk than a fortress to be defended.’ This is counsel appropriate to most anyone.”–Joel B. Green, Review of Biblical Literature

“Inspiration and Incarnation has created heated discussion among biblical scholars. Some feel that Enns has not gone far enough, others find him headed down a slippery slope. Get [this book].”–John W. Haas Jr., Perspectives on Science and Christian Faith

“Enns successfully tackles some of the age-old problems that conservative Christians have with the OT. His incarnational paradigm provides a compelling way to read the OT. This book should go a long way toward providing confessional Lutherans with a paradigm that is faithful to OT texts, as well as to their fulfillment in Jesus.”–Reed Lessing, Concordia Journal

“Enns’ aim in this book is to mediate to a wider audience the insights of three particular areas of OT study, [which he does] with admirable clarity and a wealth of practical examples. . . . This is a book whose aim is ‘not novelty but synthesis.’. . . It is entirely successful. Enns is to be congratulated on an introductory but not simplistic guide which will be of immense use to evangelical students beginning serious Old Testament study. The book is written with a deceptive simplicity and grace, while managing to engage with complex rafts of material in cogent and persuasive form. . . . Old statements need revisiting in the light of new evidence. I can think of few better places to start than here.”–Richard Briggs, Evangelical Quarterly

“Enns masterfully balances Old Testament history and exegesis with evangelical theological commitments. . . . Inspiration and Incarnation is an exceptionally organized and accessible book. . . . Readers who are new to the field are aided by an extensive glossary. . . . [This book makes a] profound contribution . . . to biblical studies.”–Adam P. Groza, Southwestern Journal of Theology